Ashley Sleep mattresses are made by Ashley Furniture, the largest furniture manufacturer in the world. They’ve been perfecting their mattresses since they began making beds in 2009 which come in three collections, Ashley Sleep, Sierra Sleep, and Chime.

Their beds have prices ranging from $159 to $1,099 which come in various comfort types to meet anyone's preference.

Ashley Sleep mattresses are compressed and rolled so that they are compact and can be shipped with most, if not all, small parcel carriers. They come in a box that is approximately 20” x 20” with varying heights based on mattress size but range from 40” to 70” tall.

Ashley Furniture, the parent company of Ashley Mattress, was founded in 1945 as a sales organization in Chicago, Illinois. Since they first opened Ashley Furniture has steadily grown to the point where they are now the largest manufacturer of furniture in the world!

In 2009 Ashley Furniture Industries launched its Ashley Sleep line of mattresses-in-a-box and in the time since it has grown the line exponentially. It wasn’t until 2015 that Ashley Mattress was able to establish E-commerce as part of their overall business strategy.

Ashley created their Ashley Sleep division a few years ago and so there’s not a long track record to judge their quality by. When evaluating their products we found they offer a reasonable value for the money. Their value is not better or worse than mattresses made by more established brands.

One area they do excel with is the very low-priced mattress (like $200 to $300) that ship compressed in a box. If you’re looking for basic sleep Ashley beds are competitive with others in that price range. It's often that you can find an Ashley Mattress Sale with most retailers, Ashley is very competitive in the mattress market. And given Ashley is a larger, more established company you’ll gain confidence in using one of their products versus a Chinese import you’ve never heard of before. There's a good amount of value in many of their mattresses thanks to some premium materials and a lower price point than some competitors' comparable models.

For inexpensive models, there's no reason to expect a problem with their mattresses. If you're looking to purchase an Ashley Sleep bed you can expect it to be a good bed to sleep on. However, if you’re at the beginning of the mattress research process and are also considering more established brands then those may give you more confidence.

About the Author, Dave Higgins

Dave has worked in the furniture business, focusing on mattresses, for over six years. He enjoys oil painting in the Impressionist style, playing guitar, and cooking for his family. Dave also believes that English Bulldogs are the comedians of the canine world. 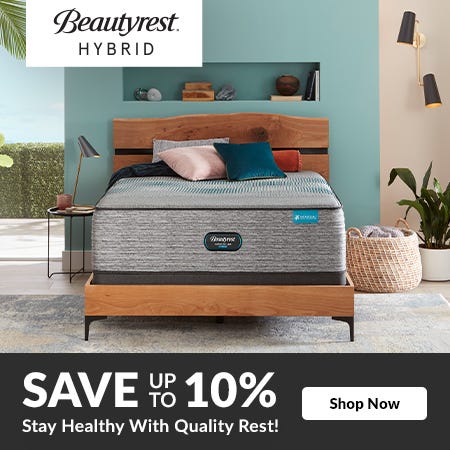